“#artselfie” opens with an incisive remark by Douglas Coupland, who warns us that ‘“Selfies are mirrors we can freeze. (...) Selfies allow us to see how others look at themselves in a mirror making their modeling face when nobody’s around ...except these days, everybody’s around everywhere all the time.”

“#artselfie” emerged in 2012, right as the recent photographic phenomenon known as the selfie reached it’s tipping point. It was subsequently activated by New York based collective DIS, as an aggregated mode of art-tourism and documentation.

These selfies and their dialogue with art are an opportunity to revisit fundamental questions such as: if art is a mirror, what happens when we place ourselves between it and the camera? The traditional trajectory from photographer to subject via the camera has been subverted, and with it, the nature of images and our perception of them. The #artselfie makes every participant both protagonist and collaborator, consumer and producer.

Including an introduction by Douglas Coupland (author of Generation X: Tales for an Accelerated Culture and ruthless observer of contemporary society) and a discussion between Simon Castets (director of the Swiss Institute in New York and co-founder of the 89+ project) and DIS, #artselfie allows us to experience how significant — and seductive — this viral phenomenon is. 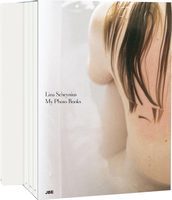