The Dog and the Wolf work came to me, as so many things in photography do, as a simple, momentary observation that penetrated my consciousness and in that flash of recognition expanded to something that seemed to me then, as if it was a real idea! That the idea of pools (the dog) that were by the edge of the sea (the wolf) could be a subject was a real awakening. And then, to find out that the French have a name for the Blue Hour, which they call Between the Dog and the Wolf, immediately planted in my mind the double potential of that time of day when the Evening out of the light makes things difficult to see, and at times, simple, innocent things pick up traces of another aspect of spirit or personality. This subtle shift from the known to the unknown, from the tame to the wild became the underlying idea from which these works emerged. 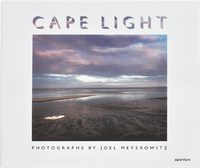