This volume presents Bruce Davidson’s personal selections from his lesser-known color archive. Ranging from a period of fifty-six years and counting, these images are representative of the photographer’s color career. Assignments from various magazines (Vogue, National Geographic, Life magazine) and commercial projects led him to photograph fashion (early 1960s), the Shah of Iran with his family (1964), keepers of French monuments (1988), the supermodel Kylie Bax (1997), and college cheerleaders (1989). He photographed in India and China, but also at home in New York, in Chicago, and along the Pacific Coast Highway. In 1968, Michelangelo Antonioni invited him to document the making of his film Zabriskie Point. Davidson also continued to pursue personal projects, e.g. photographing the Yiddish writer and Nobel Prize laureate Isaac Bashevis Singer (1972–75), the New York City subway (1980), and Katz’s Delicatessen (2004). Often staying on in a country after an official assignment, he documented Welsh coalfields, family holidays in Martha’s Vineyard, and travelled through Patagonia and Mexico. 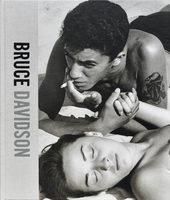 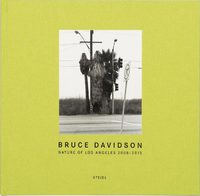 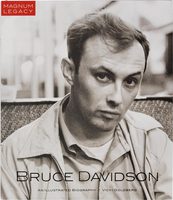 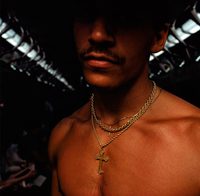