Mårten Lange intermittently lived in London for 4 years. Just before he left, he started photographing the birds surrounding him. In cities like London, feral pigeons are predominant. Their round eyes, which Patrick Süskind compared to a camera in his book, The Pigeon, are mechanically pointed at you. With sufficient technology, they could become inescapable surveillance tools, evoking the feeling of the pet owl possessed by Eldon Tyrell in the dystopian movie Blade Runner.

Ironically, birds are presumed free by essence. Due to their ability to fly, they supposedly know neither limits nor boundaries. Yet, while a wing stroke could carry them anywhere, pigeons seem embedded in cities: glued to power lines or building balconies. Poles apart from a migrating bird; they are trapped in their concrete ecosystem. They seem to have always been here, en masse, like feathered sentinels to something sacred that only they perceive. Often immobile, they guard the city like the colossus that once guarded Rhodes.

Purveying a bucolic sullenness, their apparent sadness echoes the drabness associated with urban landscapes. Pigeons often appear beat up, dirty, starving and crippled. Against all odds, they stay, feeding on what humans leave behind. Their wildness is urban, and in their quest for survival, they share the daily struggles of the cities’ inhabitants. Similarly, pigeons passed their test of fire and claimed their territory, which Lange feels that this is what truly defines them as a citizen.

Shot at close range in black and white, Lange’s portraits of pigeons are almost clinical. It’s as if these birds had to renew their passports and needed a photo. However, like a true citizen, they probably will never use it. 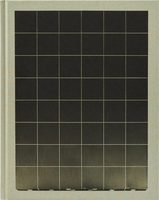