DADALENIN reconstructs and speculates about how Dada and Lenin had more in common than is usually assumed. The book points to some of the tragicomic aspects of their parallel and overlapping artistic and political histories in order to question the unfulfilled legacy of the avant-garde.

DADA is founded in the Cabaret Voltaire in Zurich's Spiegelgasse a stone’s throw from the apartment where Lenin, in Swiss exile, is writing his book on Imperialism. This historical coincidence opens up fundamental questions concerning the relation between aesthetic avant-garde and political vanguard.

Co-editor Johan F. Hartle’s text situates DADALENIN in the development of Rainer Ganahl’s work and reconstructs it in the context of current debates on the artistic and political avantgarde. DADALENIN thus appears as a reflection of numerous key motifs of contemporary cultural theory, indirectly haunting us in all kinds of monstrous alliances. The interview with Jenny Borland discusses the concrete rationale of Ganahl’s artistic production—its media, techniques and logics of development. Boris Groys discusses DADALENIN’s perspective on the history of the avant-garde in light of the major events in 20th century Russian and European history to conclude that “All of history is Dadaist” (Groys). 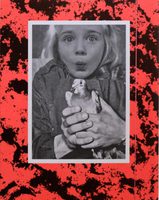 That's When Walls Are Thin 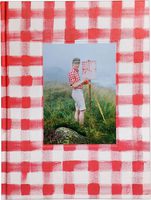