A native Londoner, McCullin (b.1935) began to take photographs in the 1950s documenting his surroundings and local community. He is best known as a photojournalist and war correspondent, recognised for his iconic images taken on assignment in Vietnam, Cyprus, Lebanon, and Biafra. However he also has consistently engaged with social documentary practice in Britain, repeatedly visiting cities such as Bradford and Liverpool, and London’s East End, documenting the poverty experienced throughout the country. McCullin also has a long an ongoing engagement with landscape photography both in Somerset and Scotland and more specific ongoing projects such as ‘Southern Frontiers’ documenting the physical remains of the Roman Empire in the Middle East and Africa.

Shoair Mavlian is director of Photoworks, Brighton, UK. Both were formerly curators at Tate. 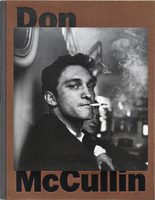