There was a group of humans abusing in intoxicants. Being in an ecstatic madness that lost their enthusiasm to live, to exist, only to vastly indulging extravagant. I saw the resemblance of them with this –crash test dummies.

Their existence was merely to be exposed in collision; they were mindless and soulless, counting the clock to be completely destroyed.

During the process of documenting, I sensed a kind of hollowness in their eyes as if they were possessed by spirits. As an observer remaining in this revelry scene, I could not find any trace of humanity, nothing but faceless monsters, nothing but man-made dummies.

Faces were pale as ghost, all that remained were the state of ecstatic delirium. Paradoxically, these violent and frigid impressions hit stronger when the facial features were erased, and the horror lingers.

Rusty Fox’s works have always been concerned with the balance and imbalance within the city, his interest mainly focuses on the relation between living organism and inanimate objects. To him, documentary photography in itself has no limits of its presentation. His body of work allows viewers to aware the neglected connection of living beings and inorganic things, leading us to the hidden message underneath through his pursuit of extraordinary truth from ordinary. Therefore, allowing the images to speak for themselves. 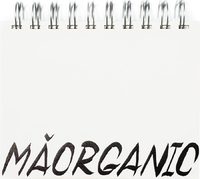