Lee Miller’s work for Vogue from 1941–1945 sets her apart as a photographer and writer of extraordinary ability. The quality of her photography from the period has long been recognized as outstanding, and its full range is shown here, accompanied by her brilliant despatches. Starting with her first report from a field hospital soon after D-Day, the despatches and nearly 160 photographs show war-ravaged cities, buildings and landscapes, but above all they portray the war-resilient people – soldiers, leaders, medics, evacuees, prisoners of war, the wounded, the villains and the heroes. There is the raw edge of combat portrayed at the siege of St Malo and in the bitterly fought Alsace campaign, and the disbelief and outrage Miller describes on witnessing the victims of Dachau. The war’s horror is relieved by the spirit of post-liberation Paris, where she inudulged in frivoluous fashions and recorded memorable conversations with Picasso, Cocteau, Eluard, Aragon and Colette. The book ends with Miller’s first-on-the-scene report giving a sardonic description of Hitler’s abandoned house in Munich, and the looting and burning of his alpine fortress at Berchtesgaden, which marked a symbolic end to the war. 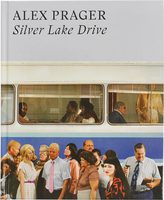