2018 marks the 50th year since Provoke had first been published.

Provoke was first published in November 1968 as a dojin-shi, or self-published magazine. It was originally conceived by art critic Koji Taki (1928-2011) and photographer Takuma Nakahira (1938-2015), with poet Takahiko Okada (1939-1997) and photographer Yutaka Takanashi as dojin members. The subtitle for the magazine was “Provocative Materials for Thought”, and each issue was composed of photographs, essays and poems. After releasing the second and third issue with Daido Moriyama as a subsequent member, the group broke up with their last publication First, Abandon the World of Pseudo-Certainty - an overview edition of the three issues.

Provoke’s grainy, blurry, and out-of-focus photographs were initially ridiculed as are-bure-boke and stirred a great deal of controversy, yet it had created a strong impact inside and outside of the photography world during that time. However, today, Provoke has become an extremely rare book and very few people have seen the original.

Why does Provoke matter today?

Provoke has been attracting increasing attention in recent years, in and out of Japan. In 2016, an extensive photography exhibition entitled Provoke: Between Protest and Performance Photography in Japan, 1960-1975 opened first in Austria, then toured to Switzerland, France and the United States. Provoke has challenged existing photographic conventions and posed fundamental questions of visual perception, in the midst of the social and political upheaval during the late sixties. Now the world is gradually recognizing and re-examining its significance in a multitude of contexts.

Why is NITESHA reprinting Provoke?

While we are running our second-hand bookshop NITESHA, we were fortunate to be able to purchase all three volumes of Provoke. Rather than merely putting them back in the market again for profits, we have decided to make a reprint of these extremely rare and inaccessible issues that are currently only owned by a limited number of connoisseurs. Striving to stay close to the original publications as much as possible, we are making this reprint available to many in a reasonable price and highly looking forward to seeing how today’s society will respond to the work.

How does NITESHA’s Provoke Complete Reprint differ from the one in The Japanese Box, released in 2001?

Published as part of The Japanese Box: Facsimile Reprint of Six Rare Photographic Publications of the Provoke Era1, Provoke’s facsimile reprint has its photographic images cropped approximately 3 mm from the edges for bookbinding purposes. The reprint also does not include texts by Takahiko Okada due to copyright reasons. Provoke Complete Reprint by NITESHA maintains the original size of the images and includes all original texts, along with the ones by Takahiko Okada. In addition, the volumes will be accompanied by complete English and Chinese translations of the original Japanese texts as a booklet.

Languages: Japanese (English and Chinese translations will be printed separately to accompany the volumes as a supplement) 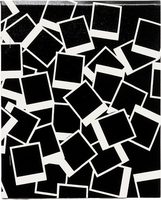