The snow covers the rooftops, muffles the sound, and makes us wonder if what we are seeing is real. Gods, emperors, and warriors with coloured robes and faces walk the white narrow roads. The noise of drums and fireworks will soon scare the demons.

Shooting the Tiger by Xiaoxiao Xu (CN/NL) portrays the traditional festival Shèhuŏ in the Northwest of China. Farmers invoke blessings for an abundant and fruitful harvest, through theatrical performances, songs, and acrobatics. It is the festival that welcomes the warmth of spring, the joy of blossoming trees.

In a world where the connection between people and the soil has become frail, Shooting the Tiger celebrates an aspect of Chinese culture that is disappearing, or better, evolving. Traditions speak of who we are and where we come from, powerful tools that connect people. Xu shows that there is comfort in traditions, even when they are not ours.

We follow Xu on her journey into the colourful world of Shèhuŏ. Traveling from village to village, the residents welcome her into their homes in preparation for the events. These moments allow for the mysterious and alienating atmosphere of the festival to appear. Wear your best costume, paint your eyes, be ready to shoot the tiger: it is the beginning of a new season.

She wants to tell stories from a unique perspective that leaves spaces for the reader to be freely interpreted, stories that evoke people’s imagination, that lure them to look over and over and dream away. In 2020 she won the Jimei X Arles Women Photographers Award with the book Watering my horse by a spring at the foot of the Long Wall. 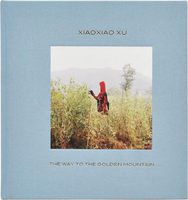 The Way to the Golden Mountain

Klara and the Bomb

Some Of You Killed Luisa

You Know I Am Not There

Universe / Facts in the post-truth era 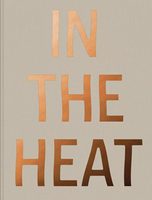 The Land of Promises