"An album takes me here, far, far away, I never ever know.

One snowy day I took a walk with a black dog which my father used to have.

I just followed him as he led. We came by a path vanishing into rice fields. As soon as I released his leash, he ran away into the snow, like a jet melting into white canvas. I didn’t know the path he and my father had walked many times. Some memories with my family were fading away since the last relative, my father, passed away. I was not getting along with my family, so I stayed away from them. When I was back home, he was about to die. After a while I found a family album on his shelf. With those pictures I ended up realizing that some memories couldn’t come to me, even what happened a few years ago. Day by day I wanted to know more about them, especially about my father. So I decided to visit the places he had been to. Some of them were from the album, the others were from my memories. In order to recreate and fill in my blank space even though it was not the truth.

The jet didn’t come back.

I Ditched Class and I Took a Bath 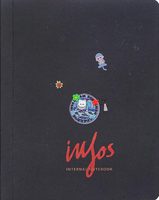