What if you were caught in a pond, a radiant fluid bottomless body of water, swinging.
What if more than half of your weight gripped in it, adjusting itself in that slippery surface, mirroring movements to evoke a new identity to emerge, at any moment, through communicating holes, and pores, and skin.
What if, while trying to define the boundaries in which water can be contained, as well as truth, you suddenly find yourself performing a natural transformation into it, and on, and on, into something else. You become somehow the fluidity itself.
Zeynep Kayan’s book does not have a title, neither a concept. Its search for positions has the same attitude of her artistic practice: Zeynep moves from the absurdity found in daily-life objects to a bizarre post truth reference, echoing meaningless actions observed in their own repetitions. The gaze from behind the glass of a phone boot, behind bars of a birds’ cage, is oblivious. The phone keeps ringing while space is ripped open. Mundane objects are transfigured, meaningless daily actions are observed in their own repetitions, the stark naked absurdity of reality.

Zeynep Kayan (1986, Ankara) graduated from Communication and Design Department of Bilkent University in 2008 and got her MA degree in Fine Arts Department of MaHKU in Utrecht. She was one of the founders of independent art space “Torun” in Ankara. Her solo shows include Constructed, (Zilberman Gallery, Istanbul, 2016) and Uncomplete (Zilberman Gallery, 2013). Selected group shows that she participated in are Pull the Rope We’re Downstairs (with Burcu Bilgiç, Zilberman Gallery Project Space, 2015; Torun, Ankara, 2014), Second Nature (ODTÜ Sanat, Ankara, 2015) and Uncanny Encounters (Istanbul Modern, 2012). She is one of the recipients of Kassel Dummy Award in 2017.
Zeynep Kayan is represented by Zilberman Gallery in Istanbul 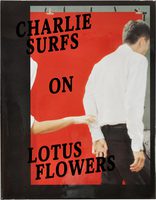