“A midnight scene… only in Brooklyn. My assistant and I were watching a mediocre minor league double header. The Staten Island Yankees versus the Coney Island Mets. Their split. A man came over to join us. He was a Czech Rabin who had arrived here in 1980, a baseball and photography fan. He recognised me and asked, “What are you guys doing?” We told him. He asked us whether we wanted to see a Hasidic prayer and study session. It was only a block away. We accepted. (…)“
William Klein

"Brooklyn" is the newest body of work by William Klein. He sets out on a new project to document the New York borough of Brooklyn, a city he refers to as ‘the America of tomorrow’.

Commissioned by Sony, exclusively for their new Global Imaging Ambassadors programme, this is the first time Klein produces work entirely on digital cameras.

His artistic career continues to produce work today. Sixty years after his work "Life is Good and Good for You in New York", notoriously re-known photographer and artist, William Klein returned to his native roots to document Brooklyn. The energy and composition of the images are classic. Klein, who at 86 years old, continues to impress his peers and critics.

Of the programme, Klein says, "Brooklyn for me, a Manhattanite, has always been a mystery. This year, it became a photographic discovery. With the Sony a99, photography has been a pleasure. The camera has been a partner, rather than a burden. And the quality of the photos have proven to be an unexpected revelation."

Debuting for the first time in France at Polka Galerie, the exhibition in Paris will be followed by one in London at Somerset House (from 1 - 18 May), and in New York at Howard Greenberg Gallery. Exhibitions are sponsored by Sony, in collaboration with WPO.

A trailer to the exclusive behind the scenes film, “Brooklyn, By William Klein”, can be seen at the following link: http://www.youtube.com/watch?v=HqHx3c7gNDk

William Klein is a photographer and filmmaker noted to for his ironic approach to both media and his extensive use of unusual photographic techniques in the context of photojournalism and fashion photography. Trained as a painter, Klein studied under Fernand Léger and found early success with exhibitions of his work. However, he soon moved on to photography and achieved widespread fame as a fashion photographer for Vogue and for his photo essays on various cities. Despite having no training as a photographer, Klein won the Prix Nadar in 1957 for New York, a book of photographs taken during a brief return to his hometown in 1954. Klein’s work was considered revolutionary for its “ambivalent and ironic approach to the world of fashion”, its “uncompromising rejection of the then prevailing rules of photography” and for his extensive use of wide-angle and telephoto lenses, natural lighting and motion blur. Though American by birth, Klein has lived and worked in France since his late teens. 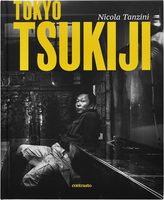 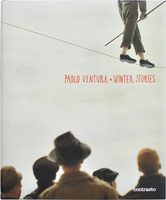