Positive Disintegration the first monograph by Mexican artist Tania Franco Klein comprises an extended version of her acclaimed series Our Life In The Shadows.

The work is influenced by the pursuit of the American Dream lifestyle in the Western World and contemporary practices such as leisure, consumption, media overstimulation, eternal youth, and the psychological sequels they generate in our everyday private life. The project seeks to evoke a mood of isolation, desperation, vanishing, and anxiety, through fragmented images, that exist both in a fictional way and a real one.

Philosopher Byung-Chul Han says we live in an era of exhaustion and fatigue, caused by an incessant compulsion to perform. We have left behind the immunological era, and now experience the neuronal era characterized by neuropsychiatric diseases such as depres- sion, attention deficit, hyperactivity disorder, burnout syndrome, and bipolar disorder. Drawing inspiration from his theories, Mexican photographer Tania Franco Klein places this contradiction at the centre of her autobiographical project.

The constant need to escape, to always look outside. Her characters find themselves almost anonymous, melting in places, vanishing into them, constantly looking for any possibility of escape. They find themselves alone, desperate and exhausted. Constantly in an odd line between trying and feeling defeated.

Tania Franco Klein (b. 1990) started her photography praxis while gaining her BA Architec- ture in Mexico City, which took her to pursue her Master in Photography at the University of the Arts London. Franco Klein work has been reviewed and featured by international critique including Aper- ture Foundation, The British Journal of Photography, I-D Magazine (UK), The Guardian, The Paris Review, Der Greif, Fisheye Magazine, and has been commisioned by clients like The New Yorker, New York Magazine and Dior.

Her work has been exhibited across Europe, USA, and Mexico including international fairs such as Photo Basel, Photo London, Photofairs SF, Getxo Photo, the Los Angeles Month of Photography, the Thessaloniki Museom of Photography, amongst others. She was recently selected by W Mag as one of the 9 photographers to follow, and has obtained the Sony World Photography Awards in two consecutive years, The Lensculture Exposure Awards, Lensculture Storytelling Awards, The Felix Schoeller Photo Award Nominee, FOAM Paul Huf Award nominee, and recently received the Photo London Artproof Schliemann Award as the best emerging artist during Photo London fair 2018. 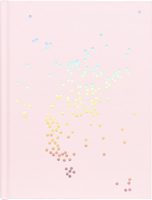 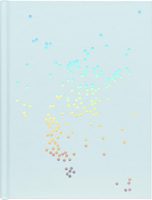 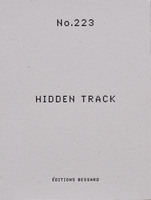