The prevalence of digital cameras has made image making frictionless and photography has become more affordable and seemingly democratic than ever. However, at the same time, as the camera turns more automatic and intuitive in use, its operation and the predetermined programs within it are more concealed from the users. After all, reality does not just get flattened into an image objectively. Cameras look neutral, because we are all ignorant of the decisions that were made by the designers and manufacturers of the cameras before they reach our hands. The translation of reality into image seems direct because we are ignorant of the process that happens inside the cameras, unaware of exactly how 3-dimensional reality is reduced into a 2- dimension print, or digital data. Cameras play an enormous part in how images are encoded with meaning. The camera is programmed to produce photographs, and every photograph is a realisation of one of the possibilities contained within the program of the camera.

As image-making processes and apparatus become more concealed, what appears to be an expansion of freedom is probably a restriction of how new narratives could be created through photography, for as long as there is no way of engaging in such criticism of technical images, we shall remain illiterate.

Thus, this project becomes an attempt to deconstruct and rethink the fundamental elements of photography through looking at the apparatus, methodologies and the image-making process through the hands of two amateur photographers. Through staged performances and elaborate processes, norms and presupposed ideas surrounding photography are taken to the extreme until they begin to fall apart. Obsolete technologies and everyday objects are reinvented, adapted and radicalised. The decision to use “archaic” processes and obsolete devices is not a nostalgic or sentimental one, but rather a realisation that they offer the flexibility and ability for us to elaborate on overlooked mechanisms and the role of the camera in the making of images. This idea is further established through the subverted use of the photographic language from camera manuals. In these instructional images, we, the camera operators, seem to be demonstrating the correct use of the aforementioned apparatus, when actually, we are hacking these devices, violating their original uses, and making them to serve a new purpose. 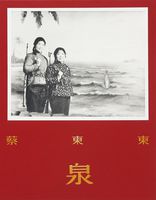 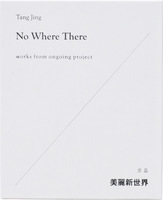