“Mono no aware” The ephemeral nature of beauty
People experience repeated encounters and partings on a journey. Lots of things have passed by. The things that have been overlooked in the city may have taken notice of the stranger. And right then, he pressed the shutter button as if he were to give a reply.
Mailboxes, flowers by the window, empty boxes stacked in shopping carts, rifles, a woman walking.
That feeling and the mood expressed toward the item. The whereabouts of the item whose picture was taken is cut off from the owner and becomes a single photograph, passed into his hand. Did he succeed in making the item his own?
The window of a barber shop, the morning haze, a corolla on the roadside, corn, a traffic accident ...
But things are not that simple. The items you thought you brought back had something else imprinted on it. Each of those becomes a mirror, reflecting the shadow of his heart. In other words, "the ephemeral nature of beauty."
The people from about 1,000 years ago while traveling wrote songs about their feelings in response to what they saw, heard, and felt. And this photo book seems like a collection of poetry to me. What is even more interesting is that there is a bit of a different attitude apparent here compared to photographing the extraordinary excitement of traveling.
"He is he, but not he. But whether he wants to or not, he is he."
It may be a world where only those who live outside of their daily lives, in time of freedom such as traveling, may be able to feel. The only way to establish a relationship with something unrelated to you when visiting a place that has no regional bond or blood relation, is to present yourself. Almost to the point of blending in to the attitude of liberation. The "thing" captured in this way begins to tell, and the "story" ceases to be of a personal experience and begins to lean towards universal affection.
"Things & seen" —he saw them. And he was being watched. His own story thrown light on by things. 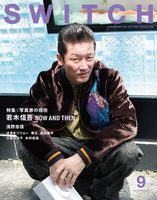 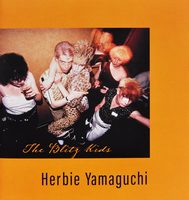