Asada Masashi was given the prestigious Kimura Ihei Photography Award in 2008 for this phonebook. Shot over a period of seven years, Asada-ke is organized into two halves; one part reads from left to right, as is standard of western books, while the other half reads right to left, typical of conventional Japanese books. In the "western" half, the family is engaged in role play and the "eastern" half, the photography is more self-referential. Where the two halves meet at the book's center, there is a short section of texts printed on yellow paper. Here, the photographer addresses the reader, describing his body of work as "a slightly different take on commemorative photography." Each of the scenes are a planned and staged role play involved each if the fir family members and the photography itself becomes the occasion for the family to gather, as opposed to the photography being an unplanned side-product of a family gathering or event. He also thanks the reader and explains the role of the phonebook is a token of appreciation to everyone involved in the process of making the images. Through and through, the work is warm-hearted and endearing, as any family album would be. A Q&A of twenty two questions has responses from each of the four identifying them with the salutations with which they address one another: father, moth, older brother, and younger brother(the photographer). 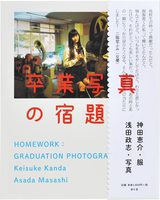 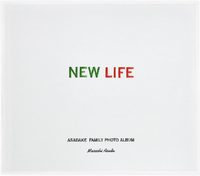 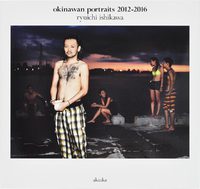 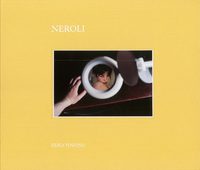 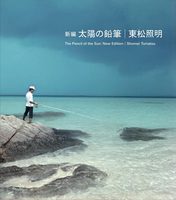