torch press would like to present you with a new photo book ‘spectrum’ by Takeshi Miyamoto. Currently based in Paris, France, he visited Iceland annually from 2011 until 2019 and undertook his documentation of masculinity in this country and Icelandic nature’s wilderness. This project derives from a long struggle of his sexuality and soul-searching to find a balance between his body and his heart through his photographic communication with male subjects. His long-term journey of reinterpretation of masculinity has convinced him that there are resemblances of vibrating energies between the natural environment and the human body. We are on this journey of celebrating and embracing a new spectrum of masculinity, where strength and softness comfortably coexist.

A ‘spectrum’ refers to a continuum of light components such as the seven colors of a rainbow or a transition of fluidity with a vague boundary between the two-axis. The raw and vast nature of Iceland, on the one hand, reveals to us Earth’s core elements that push us away sometimes, but at the same time embrace and heal us with grace. A close-up of Earth’s wilderness elegantly resembles the human body’s elements. We realize that both nature and humans are always moving in this dynamic bipolar axis. Iceland’s people seem to have this spectrum of fluid masculinity with a vague boundary of roughness and gentleness, like an extensive collection of natural lights.

The primitive light of life and the darkness that continually coexists with this light embrace and affirm each other quietly. What is beauty, and what does it mean to be who you are? This ambitious series of work confronts us with a fundamental question about the unseen commonality between humans and nature.

“The idea of gender equality and its sense of fairness in Iceland may be based on the premise that the human becomes one with Mother Nature, without going against it. People of Iceland seem to live in harmony, keeping their true colors. Humans and society accept both the lightness and the darkness of our hearts with a deeply encouraging spectral lightwave of hope. These are the stories that I would like to convey in my book.”
– Takeshi Miyamoto 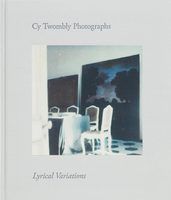 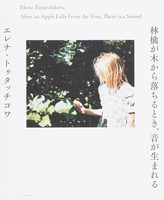