Aesthetically speaking, Hirokawa has opted for an extremely stoic approach in this book. Artificial objects placed in natural settings are filled with an indescribable tedium, and their methodical geometry seems puzzlingly uncontrollable. The ambitious dazzle of the modern era, which set out to subjugate nature, has already been rendered inert and now we are confronted with the bleak results.

Taishi Hirokawa
Born in 1950 in Kanagawa. Current activities in Tokyo.
Searches his own artistic world, in parallel with commercial photography. Outstanding series are, among others, "Sono mama sono mama (as they are)", The series of people living in country side clothed in designers' brands, "Wakusei no oto (the sound of planet)" the series of mysterious harmony of galaxy, "Still crazy", the series of several nuclear power stations in Japan, "Timescapes" & "Whimsical Forces", both under the theme of eternal time. Took photographic direction of the movie "Tony TAKITANI", directed by Jun Ichikawa and shown in 30 countries in 2005. Received the grand prix at the film festival of Locarno, Switzerland. 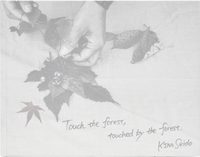 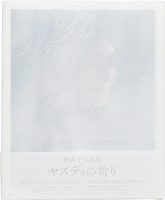