Taiji Matsue is known for his highly detailed aerial photographs, which he has taken all over the world. These crisp images, full of visual information, invite the viewer to look across the entire frame. In this sense, "TYO-WTC" follows naturally from Matsue's previous work, given that the photographs here were also taken from a high vantage point. However, this book is something of a departure for Matsue, because the photographs in this book all were taken from the same Tokyo building--and indeed from only four fixed points within that building, all facing nearly the same direction. What do these 100 photographs show? Naturally, one element here is time. As Matsue observes the same part of the street over a long period of time, changes in the city appear. Some of these changes, like the construction of a high-rise building, are obvious. Others, like the comings and goings of people on the street, or the type of train going by, are more ephemeral. Yet the book does not proceed in a simple, chronological order. Instead, time here moves backwards and forwards, sometimes jumping unexpectedly. Matsue also alternates between color and black and white images. These effects provoke a reflection on the nature of cities, and this book offers a fascinating look not just at Tokyo in particular, but urban environments in general. Includes English translation of a text by critic Shino Kuraishi.

Matsue's message is that in a city there has only ever been and will always be development, only generation, and to this there is no alternative. Construction works have always been starting everywhere. After finishing, they start again. A city is an unceasing cycle of construction and destruction. And this in Tokyo, an amorphous place, almost entirely bereft of green, and peerless in its absence of planning. With no retraceable origin and no possibility of future completion, there is only development, ever-repeating generation. It is the bold challenge of capturing this within the depth of a limited time which has brought us TYO-WTC. ―――――Shino Kuraishi"Rethinking the fixed viewpoint: Taiji Matsue's TYO-WTC" 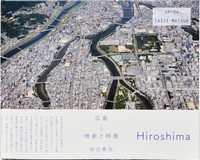 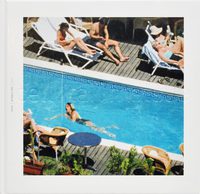